We shot this sweet London elopement back in September, when Julie and Charles got in touch last minute to fill us in on their plans! Julie and Charles are both French and met studying at Uni 12 years ago back in France. When Charles landed his first job in London, Julie followed him here and they settled into a new life. They explained to us that London is very special to them, and since they had been together for so long, they wanted something intimate and felt a London elopement was the perfect way to declare their commitment to one another. They decided on Chelsea Old Town Hall (their local) with Chelsea pensioners as witnesses, which was an awesome touch! It was so heart warming to document them helping each other get ready for their big moment, usually we’re used to separating during bride and groom prep, so we love a bit of a switch up when it comes to tradition!

After their ceremony we jumped in a cab and took them to Embankment for some portraits. This part of the city is so romantic with its classic, timeless backdrops, it felt right for them. Julie mentioned they were pretty camera shy, but we would never have guessed! These two were so sweet and even after all these years together, they seemed to look at each other with fresh eyes, you could tell their love ran deep. We absolutely love elopements, they’re so simple, yet so powerful. Seeing two people affirm their love for one another in such an understated way is an incredibly moving and humbling experience that we want to re-live again and again. Wedding photographer London.

A Most Curious Wedding Fair London 2017 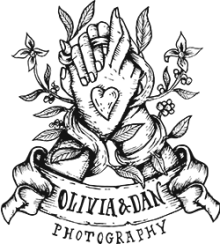